Posted by Craig Iskowitz on Sep 27, 2017 in Industry Analysis 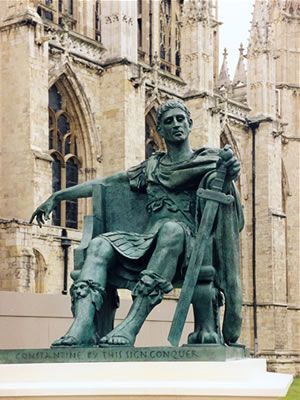 The same might be true for acquisitions in the wealth management technology space.  For the past few years, the name behind much of the M&A activity has been the same one over and over; Envestnet.

Yesterday’s announcement that Envestnet is purchasing rival FolioDynamix was surprising, but only for its timing.  When Envestnet’s name is attached to almost any acquisition, your mind sort of says, “Yeah, well, of course, it’s Envestnet.”  And then you try to figure out what diamond in the rough they see that has been hidden from almost everyone else.

Who else would shell out $195 million for a company with only $30 million in revenue?  A company like Envestnet who wants to take out a competitor that has beat them out for deals in the past, has a list of blue chip clients they covet and $800 billion in assets under administration they can add to their own totals to show the market they can continue their growth trajectory.

I always wondered why Actua bought FolioDynamix in the first place. The deal made no sense to me at the time. It now seems that the Actua board of directors finally figured this out as well and just dumped them off to Envestnet since they were able to pony up the cash.

Actua was just a holding company with a bunch of disparate firms that had very little, if any, cross-selling possibilities. There were certainly no synergies for Folio to work with in the Actua stable.

I say that Actua “was” just a holding company, since as part of the same announcement, they also sold off the other two companies, that along with Folio, made up the three “verticals” of their multi-vertical cloud solution.

The company said it plans to sell interest in its VelocityEHS, Bolt Solutions and FolioDynamix businesses for a total of $549 million cash.

Why they needed to liquidate all of their holdings simultaneously is unknown at this time. But it looks like Jud Bergman, Envestnet’s CEO, took advantage of the situation to snag one of his biggest competitors for less than Actua paid for them just three years ago.

Rumors had been swirling as early as six months ago that Actua was shopping Folio around.  A number of competitors were said to have kicked the tires, but decided against shelling out the cash, since they felt even the initial Actua purchase price of $199 million (also in cash) back in 2014 was too high.

Envestnet CEO Jud Bergman’s had the opposite opinion, that the $195 million he paid was an incredible deal and would afford their shareholders a strong return on investment.  I tend to agree with Jud on this one since the FolioDynamix client base alone provides tremendous value, $40 billion in additional scale as well as opportunities for cross selling their other products and services.

Folio has built a strong presence in the IBD and bank markets, mainly due to the strength and flexibility of their proposal generation/IPS and advisor trading tools.  Since the FDX platform is modular, they were able to sell individual components that a broker-dealer could integrate with another vendor’s platform. This increased their reach into the market and allowed them opportunities to upsell additional functionality, whenever possible.

This is in sharp contrast to Envestnet’s system, which is monolithic and cannot be sold as separate modules.  Although, that didn’t stop them from dominating the broker-dealer and bank markets for end-to-end wealth management technology with their ENV 2 platform.

Envestnet is already the largest turnkey asset management platform (TAMP) with around 36% market share.  Combining this with FolioDynamix’s 5% brings them to 41%, which is more than double the assets of the #2 TAMP, SEI.

One of the many advantages Envestnet has had to offer their clients is the largest universe of third party investment strategies from the largest selection of money managers on the planet.  I don’t have the exact number, but I believe it’s north of 700 managers available for their UMA product.  (See 7 Model Hubs Battle for SMA Managers & Sponsors)

FolioDynamix was the competitor with the next largest stable of available managers, although this was still way fewer, maybe between 150 and 200.  But now they are out of play.  Who is the next biggest?  Can another competitor build up their manager offering to begin to rival Envestnet or will they have this market advantage all to themselves?

One reason that the sheer breadth of managers and strategies is important is for broker-dealers and wealth management firms looking to attract wirehouse advisors or advisor teams with $1 billion+ in assets from their competitors.  These advisors want to bring their books of business with them. But if the receiving broker-dealer’s platform does not have all of the managers they are using in their UMA accounts, they will have to liquidate the holdings and no advisor wants to do this!

So, being able to reassure advisors that their client assets can be transferred whole is very attractive and makes some broker-dealers do crazy things.  If they are already running another vendor’s wealth management platform (like FolioDynamix, Vestmark or Fiserv for example) there are examples of building out a completely separate UMA program just for transferred accounts from new advisors, run on Envestnet’s platform, of course.

At one time, Placemark Investments had the second largest manager offering for UMA’s, but Envestnet snapped them up back in 2014. Coincidentally, Joe Mrak, CEO of FolioDynamix, was one of the founders of Placemark. He’ll be joining some of his old colleagues who stayed on at Envestnet after the acquisition including Brian Bleasdell, SVP, Product Management, William Webb, SVP, Enterprise Architecture and Brett Rainey, SVP, Enterprise Consultant.  (See How Advisors Can Use Technology and Service to Fight Fee Compression)

One interesting business aspect is FolioDynamix’s long relationship with Pershing.  It’s been almost ten years since Pershing hired me to help revamp their UMA strategy and managed accounts technology.  One significant project was finding a partner who could provide portfolio rebalancing and block trading software to be integrated into their NetX360 platform.  After an exhaustive search, FolioDynamix was selected and their technology has been behind NetX360’s Block Trading & Rebalancing (BTR) functionality ever since. (See Pershing Looks to Natixis to Help Them Catch Envestnet in UMA)

Envestnet and Pershing not only have a long relationship but have a number of different relationships, including vendor-client, partners and competitors. Their relationship could be referred to as “frenemies” or “coopetition”, but needless to say, they have been forced to improve their relationship due to their mutual clients, some of whom are among the largest financial services firms in the country.  It just doesn’t make good business sense for your wealth management platform provider and your custodian to be at odds with each other.

Now that Envestnet will not only be a client and a partner and a competitor, but will also own some of the technology at the core of Pershing’s advisor workstation, how will that change their relationship?  Things definitely changed for the better last year, when Lori Hardwick, formerly group president of Envestnet, did a short stint as Pershing’s COO.  She was able to bring the two firms together and facilitate them working towards more cooperation in areas where they share common interests.

Did Pershing miss the boat on buying FolioDynamix?  No one there will say, of course, but it could have been an interesting play for them to snatch the technology that powers a number of their big IBD clients as well as lock up the BTR software for the foreseeable future. That’s all in the past now and they will have to negotiate the next contract with their friends at Envestnet or else look to find a replacement vendor.

The effort that went into the integration FolioDynamix with the Pershing infrastructure was no trivial feat back in 2009-2010.  Maybe Pershing has built out their APIs or wrapped core systems in web services to make it easier to bring in another rebalancer?  I’d imagine this is a question Pershing management is asking to get a handle on their options.

Envestnet has a tremendous presence in the RIA market mainly via their Tamarac subsidiary, which they wisely have run as a almost a completely separate company, with their own developers, implementations and sales teams, still based in Seattle. They did integrate the big back end components such as custodian feeds, market data, SMA manager models as well as HR, Legal, Compliance, etc.

One path forward would be to manage FolioDynamix in the same way.  Keep their product as an independent front-end while scrapping their overlapping back-end components and shared services.  On a few of our consulting projects for IBD’s, we have recommended FolioDynamix as a second platform for them to offer to advisors.  It makes sense, especially as an alternative to ENV 2, which is more suited to centralized, home office managed investing. FolioDynamix has always had better Rep-as-PM (RPM) trading tools that advisors prefer. (See FolioDynamix v7.1 Delivers Support for Unified Managed Households)

Now, Envestnet can offer IBD’s both platforms as options that fit together well, since they would have the same back end, contracting, billing, etc.

However, FDX has struggled to gain traction with RIA’s. They have their own RIA and research team, called FDX Advisors (which they acquired from Sungard back in 2008), which sells investment management services, similar to Envestnet’s PMC division, only smaller.  My guess is that PMC will absorb FDX Advisors and try to move as many of them as possible from Sacramento out to the PMC Denver offices. Or they might decide to phase them out entirely to try and save money (see Cost Synergies below).

One theory that has been floated is that Envestnet is buying FolioDynamix only to get access to their customer base.  The technology will be maintained going forward, but the product roadmap will be shelved and no enhancements made that are not contractual. As it stagnates and falls behind the market, clients will be migrated to ENV 2 and eventually the FolioDynamix platform will be shut down. (See Which Portfolio Rebalancing Software is Right for You? FolioDynamix Response)

Similar theories arose after the acquisitions of Prudential’s wealth management business and Placemark Investments.  I believe that the Prudential platform has been turned off, but Placemark’s is still hanging around at a few clients.

Shutting down development on FolioDynamix could also be part of the planned Cost Synergies (below).

According to the press release, Envestnet expects to achieve about $20 million from deal in identified cost synergies, within 36 months of closing.  This seems like an impossible number to reach given that it is almost 100% of the current FolioDynamix cost structure, according to one source.  Unless this number includes some Envestnet costs that will be cut and replaced with FolioDynamix staff or services?

One way or another, some serious squeezing will have to be done to find $20 million in savings out of this deal.

A Good Deal in the Long Run

Even though some people I have spoken to believe that Envestnet overpaid (again) for this latest acquisition, I see a lot of synergies and opportunities for increasing overall value to customers.  FolioDynamix has a compelling product offering that excels in areas where Envestnet’s core platform has been historically weak.  Although, Envestnet has been working hard the past few years to build out areas, such as RPM (or APM, as Envestnet refers to it), and has recently released key features such as direct SMA manager trading, ability to hold non-model securities and advisor-directed sleeves, to name just a few.

I see this deal further cementing Envestnet’s leadership in both wealth management technology and TAMP spaces.  Unless they make a serious stumble integrating key FolioDynamix employees and clients into the Envestnet ecosystem, we will be talking about Envestnet being the #1 technology platform and TAMP provider for years to come.

Note: My consulting firm, Ezra Group, has done work in the past for both FolioDynamix and Envestnet. 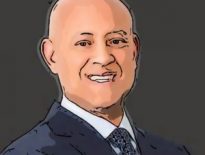 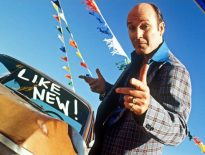 Industry Analysis Who Can You Trust When Buying Portfolio Rebalancin…