Diamond in the Rough: Orion Finds a Financial Planning Gem in Advizr

Posted by Craig Iskowitz on Jul 17, 2019 in Financial Planning 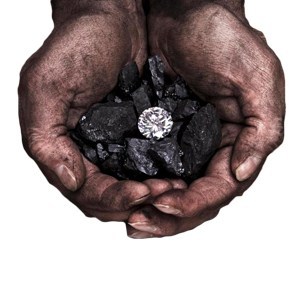 “The soul is placed in the body like a rough diamond, and must be polished, or the luster of it will never appear.”
― Daniel Defoe, English writer

I sat down with Randy Lambert, president of Orion Technology, for a chat about the new member of the Orion family.  We were both attending Orion’s Ascent Roadshow event last week in Santa Monica, CA.

When Advizr first launched their financial planning solution, we were impressed with what they had built and their direction towards the higher end of the market.  In our review of the 4 Top Financial Planning Software Apps for Advisors, Advizr was included alongside the top three industry heavyweights; MoneyGuide Pro, eMoney Advisor and Advicent Naviplan.

We said that “the Advizr user interface was one of the most efficient we’ve seen.”  It was intuitively designed and stood out from their larger competitors especially in data gathering, basic estate planning and their client portal.

But that was back in 2017.  Not so long ago, but ages in the software lifecycle.  Since then, everyone has caught up to Advizr’s U/X and they’re not best in show any longer.

I spoke to a former Advizr client, who wished to remain anonymous, who said while they were initially impressed and used the software for a few years. But at some point they felt that Advizr was not committing enough resources to development of their core financial planning functionality. This may have been due to their focus on the 401(k) employee benefits market.  (See 7 Surprising Facts About Financial Wellness Programs)

Orion plans to integrate Advizr into their core platform offering and will no longer offer it as a standalone solution, Lambert noted. This is a different direction than the one taken by Envestnet and Fidelity after their financial planning acquisitions. MoneyGuide and eMoney are both still available separate from their parent firms’ systems.

“It’s a value play,” Lambert stated, and they’ll include it at no extra cost to their clients.  This will be welcome news to the 70% of Orion clients that do not already have an active integration with a financial planning application.  They could take advantage of the integrated Advizr functionality as soon as the end of the year, if the predictions of a lightning fast integration made by CEO Eric Clarke come to fruition. 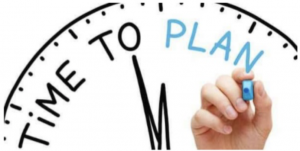 I’m a bit skeptical of this considering what I know about software integrations and what vendors always seem to claim about how easy they are.  I tell my clients that a good rule of thumb is to take any time estimate that a vendor gives you for integration or implementation and double it.  You’re much less likely to be disappointed.

The long-term goal for the Advizr acquisition is to spread goals-based planning across entire the entire Orion ecosystem, Lambert explained.  This could be something like the “lite” financial planning trend that has been spreading across wealth tech platforms over the past few years.

Many technology vendors have been either building their own lite financial planning functionality into their wealth management platforms or partnering with other providers who already have the tools and integrating them.  Even Orion did this as recently as October last year when they announced a partnership with FinMason for their Five Minute Financial Plan. This was offered as a monthly subscription for clients.  Maybe there was a lower uptake than predicted, which is why they’re not bothering to try and charge for Advizr?

This is a trend we’re seeing towards a more seamless experience for advisors and clients that builds in planning to almost every touch point.  The BlackRock minority investment in wealth management technology leader Envestnet could be the tipping point that puts their iRetire lite planning tool in the hands of 50,000 more advisors. (See Is BlackRock-Envestnet Deal a Tipping Point for Lite Financial Planning?)

Other competitors in the RIA technology space have also been adding lite financial planning features.  Both Oranj and AdvisorEngine have built or purchased technology to enable goal tracking and retirement analysis into their client experience.  While they both offer integrations with dedicated applications, they clearly see that an embedded solution with less functionality has value to large segment of their clients.

The always brilliant and insightful Michael Kitces posted his thoughts on this deal on Twitter and I had to chime in on his comments.

The number of competitors in the RIA space is expanding way faster than I think is prudent or warranted considering the fee compression they are facing.  All things being equal, I tend to lean towards all-in-one solutions over best of breed due to the difficulties in integration across disparate applications.

But I don’t think that Orion see Fidelity as their biggest competitor or that they were part of their thinking when making this acquisition. None of the custodian’s technology platforms are really a threat to Orion since they will always be limited by their single custody restriction.

Orion is definitely looking to prepare themselves to fight in a higher weight class and go up against Envestnet’s ENV2 platform as well as the other vendors that have dominated the broker dealer space including Fiserv Investment Services, Vestmark and Charles River Development.  They want to be a player in the enterprise space.

Randy confirmed that Orion sees Advizr as helping them at the enterprise level. It will become their core planning tool.  He reported that some of their larger clients said that they’re excited about about the purchase.

This drive toward the enterprise and mounting pressure on Orion to offer financial planning functionality that was embedded more tightly into their environment could have accelerated their decision to buy something.

But was Advizr the right choice?

A few years back, Advizr CEO Hussain Zaidi told told me that one of their strategic visions was to target the underserved portion of advisors who don’t regularly use financial planning software. They saw non-planning advisors as a market that could be tempted to dip their toe into planning, if they were presented with a tool that was intuitive and simple. They also were interested in pitching to non-advisors like insurance agents and CPAs.

Zaidi wanted to provide simple, elegant solutions to support financial planning to move it from a back-office function to a client-centric and highly collaborative experience, he stated in a previous interview.

While I haven’t seen any data on whether this was successful or not, Advizr was able to make a big splash into another, potentially much more lucrative, market; financial wellness tools for employees.  This is the space that is currently dominated by Edeleman Financial Engines with over $150 billion in AUM.

For some reason, Lambert downplayed this portion of Advizr’s business.  It seems to me that it is a tremendous opportunity for growth. Perhaps they plan to spin off the wellness business into a separate unit? Maybe they see it as a distraction from their focus on servicing financial advisors and don’t want to go direct to consumers? (See Stranger Things Are Happening to Financial Planning Software)

Diamond in the Rough

One feature that isn’t spoken about much, but that we recognized in our last financial planning review, was the strength of Advizr’s client portal. While it wasn’t as good as eMoney’s, which is understandable since it’s the best in the industry, it was still very good. 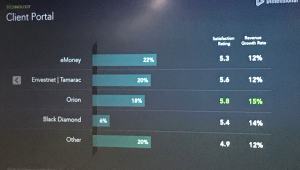 The portal may be the diamond in the rough that Orion has discovered as part of the Advizr acquisition. They are so impressed with what Zaidi’s team has built, that Orion will be replacing their client portal with Advizr’s, Lambert told me. It will be offered in parallel with the current portal, at first, but at some point they will convert all clients over to the Advizr portal.

This is interesting for a number of reasons, but mainly because Orion’s current portal has been holding its own against their competitors. A recent survey by Dimension Fund Advisors reported that 18% of their advisors use Orion’s portal versus 20% on Envestnet Tamarac and 22% using eMoney’s.

How will this acquisition impact Orion’s advisor experience?  Most of their clients use multiple tools that control different silos of data across CRM, financial planning, rebalancing, portfolio accounting and reporting. Orion is working hard to not only be the glue to connect these silos, but also offer an integrated environment that offers most of the functionality advisors are getting now from separate tools.

We should see results, or not, rather quickly, based on Clarke and Lambert’s predictions.  Orion has a strong track record of building attractive, intuitive and very useful functionality that advisors are clamoring for such as their Eclipse trading, completely digital account opening and robust compliance. They have also been at the forefront of integration with third party applications.

Can Advizr become the soul of Orion’s enterprise platform?  I’ll be interested to see how this all plays out by the end of the year.